RNG – The technology behind online games of chance 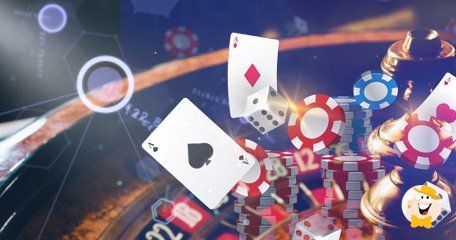 Even if you have previously played online slot games like Jammin’ Jars by Push Gaming, or you’re more of a fan of online Roulette or Blackjack, you still might not be familiar with the exact software that powers these types of games and how it works.

While it is easy to see the logic behind card games like Blackjack – there’s a deck or multiple decks of cards and the odds and probabilities are calculated on the basis of that, online games might seem a bit more complex, but the algorithm actually is quite simple.

Slot machines before the internet

Older mechanical slot machines were also based on an algorithm, but since these games usually featured fewer symbols and just a single payline, there were fewer combinations which meant that the algorithm was also rather simple.

After all, there aren’t that many ways in which the symbols can be arranged when you only have 5 or 6 symbols and 9 positions on the reel. But, if you have a look at some of the modern online slots, you’ll realise that they feature a lot more symbols, and usually come with at least five reels instead of three, as well as multiple paylines which means that the possible combinations are numerous.

How the RNG works

Megaways slots could include hundreds of thousands of combinations, and each combination comes with a particular probability based on how valuable it is for the player. We can go on and on into this matter, but the true question that one ought to ask here is – are slot games truly random?

The short answer is: Yes. A slightly longer answer would be: Yes, that’s due to the random number generator (RNG). An even longer answer follows.

The random number generator does what it says, i.e. what the name implies – it generates random combinations. Now, bear in mind that there are hundreds of thousands of possible combinations, and this generator ensures that each outcome is completely random and that there is no way for any player to discover a sequence, or any sort of a regularity that will enable them to discover a pattern and predict when a winning combination might occur. It is accurate to say more specifically that a player cannot discover a pattern simply because there aren’t any patterns.

Combinations occur randomly and the game’s outcome cannot be predicted. Still, despite the fact that this is commonly known and can be easily checked, there are plenty of misconceptions among slots players regarding winning combinations and the ability to predict the outcome of a spin.

Namely, many believe that once a jackpot has been hit, the likelihood of hitting another jackpot or even a more significant regular win is decreased dramatically. That is only the case if we’re talking of a game that features a progressive jackpot. We won’t go into too much details on progressive jackpots here.

There is no such thing as hot and cold slots, i.e. slots that are more likely to pay out as there hasn’t been a payout in a while, or vice versa. All outcomes are random.

RTP and what it means

Here we need to mention another topic that is related to the random number generator but is a different concept altogether – return to player (RTP) percentage. The return to player tells us how much of all wagered funds a slot machine returns to the players as winnings, so it would be the opposite of house edge, a percentage which gives us the casino advantage in table and card games like Roulette and Blackjack.

So, if a game has an RTP percentage of 95%, this means that 95% of all wagers will be paid out as winnings. Bear in mind that the RTP is a theoretical percentage, so it doesn’t mean that if you wager 100 currency units in 10 spins, you will conclude your gaming session with 95 in your account. The theoretical calculation is based on millions of spins and the RNG has to be programmed to reflect this. If the RTP was directly applied to a shorter range of spins, the games would’ve been completely predictable and that wouldn’t make sense whatsoever.

Guidelines
Posted on 22/09/2021
Copyright © 2023 Idairco.com.
Theme: Narrative Lite By ThemeDevStudios. Powered by WordPress.
We use cookies on our website to give you the most relevant experience by remembering your preferences and repeat visits. By clicking “Accept”, you consent to the use of ALL the cookies.
Do not sell my personal information.
Cookie SettingsAccept
Manage consent